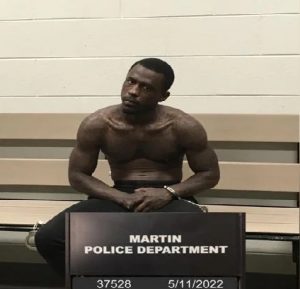 On Dec. 2 around 5:09 a.m., 29-year-old David McDonald Jr. unlawfully exercised control over James Allen’s vehicle while it was parked in the parking lot at 3J’s Food Store located at 609 Elm Street.

McDonald then left in the vehicle and drove it to the Dyer County area. Sergeant Zachary Brock with the Weakley County Sheriff’s Department, along with Deputy Nolan Roberts received the call regarding the stolen vehicle. The vehicle was traveling on Highway 22 going around the north side of Martin.

The officers initiated their emergency lights and sirens, but the vehicle did not stop. The vehicle was traveling at speeds well over 120 mph and crossed into the other lane, almost hitting several vehicles head-on, including a Martin PD officer.

The vehicle ran a stop light at Mt. Pelia Road and Skyhawk Parkway intersection and then was later shut down and stopped behind We Care in Martin on Old Fulton Road. McDonald was observed running from the vehicle by law enforcement personnel and taken into custody. The vehicle was taken without the owner’s knowledge or consent. The monetary value of the vehicle was estimated to be six thousand dollars. The damage the vehicle sustained during this incident will be submitted to the court at a later date.

At 6:34 p.m. the same day, Deputy Ryan Schaeffer with the Weakley County Sheriff’s Department responded to the Weakley County Detention Center for an assault on a Correctional Officer. Schaeffer spoke with the victim, who is employed by the WCSD, who stated that at around 6:03 p.m., she was moving McDonald from one holding cell to another, when he grabbed at her left breast from underneath her shirt while forcibly trying to kiss her. He then pushed her into the hallway wall of the jail. She sustained scratches to her left upper chest and left forearm.  McDonald has been further charged with aggravated sexual assault and aggravated assault on a correctional officer. 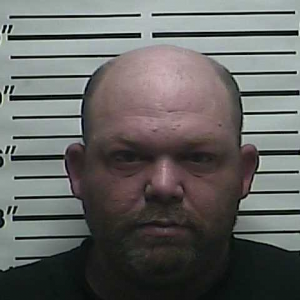