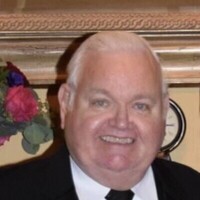 Ronnie Dean Crowell of South Fulton passed away in his sleep at home on December 3,
2022 at the age of 79. Visitation will be Tuesday night, December 6th, from 4-7 PM and on
Wednesday, December 7th at 10 AM at Bowlin Funeral Home in Dresden. The family will be
there to welcome friends and relatives. The funeral service will follow visitation at 11 AM with
burial to follow at Sunset Cemetery in Dresden. Pastor Markus McClure will be officiating.
The pallbearers who will kindly serve are as follows: Mr. Ethan Crowell of Columbia, Mr. Jeff
Walters of Martin, Mr. Jason Walters of Martin, Mr. Jason Carter of Murray, Ky, Mr. Wade Carter
of Murray, Ky, and Mr. Joey Hinson of Mt. Juliet
Ron was born at home on August 6th, 1943 in Palmersville. He was the only child of Mr. James
Crowell and Mrs. Dorothy Danner Crowell. He was the grandson of Mr. and Mrs. James Hubert
Danner of Dresden who were influential in his life. He graduated valedictorian of Palmersville
High School in 1961. He attended and graduated from UT Martin in 1965 where he earned a
degree in education and began teaching at Dresden High School and South Fulton High School.
After a few years of teaching, he decided to change careers and was hired by Goodyear Tire in
Union City in 1972. He worked in the Banbury Department for a few years until he was
promoted to the office where his mathematical skills were put to use as he was on the quality
control team. He would dedicate 36 years of his life to the service of Goodyear. During this
time, he began doing taxes and built a profitable tax business out of his home called Crowell
Tax Service to which he operated up until his death. His ability to remember numbers and
process taxes was exceptional and his clients were always grateful.
When he was fifty-two years old, Ronnie repented of his sins and was baptized at Sunswept
Baptist Church in Union City. For twenty-seven years he served the Lord Jesus and grew in his
faith. These past fifteen years, he has been a member of Pentecostal Tabernacle in Water
Valley, KY. Ronnie was an extravert and loved the company of people. He always had a smile
on his face and was eager to give out hugs or help someone in need.
He is survived by his wife Mrs. Susan Crowell of South Fulton, his son Dr. Shaun Crowell of
Columbia, his three grandchildren Ms. Elizabeth Crowell of Spring Hill, Ms. Ashley Crowell of
Margate, England, and Mr. Ethan Crowell of Columbia, his half brothers and sisters Mr. Jim
Crowell of Big Sandy, Mrs. Kathy Crowell Lowe of Wildersville, Mr. Larry Walters of Dresden, Mr.
Frankie Walters of Martin, and Mr. Dale Walters of South Fulton. He was preceded in death by
his parents and half brother Mr. Gerald Walters.