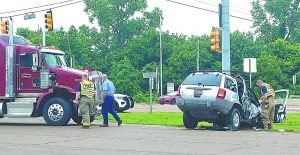 EARLY-MORNING CRASH — Union City police and firefighters were on the scene at Everett Boulevard and West Main Street for an extended period of time this morning after an 18-wheeler semi rig and a sport-utility vehicle collided at the busy intersection about 6:15 a.m., with the semi coming to rest near the intersection and the heavily-damaged SUV at the edge of the northbound lanes of traffic facing west. Firefighters had to extricate the driver of the SUV, which had extensive damage to its driver’s side as well as damage on the passenger side. No specific details were available at press time today, but Union City Police Chief Ben Yates said one driver was injured and he believes the other driver was checked at the scene by emergency medical services and had minor injuries. Police and firefighters were on the scene for nearly 90 minutes. 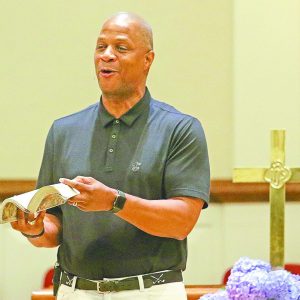 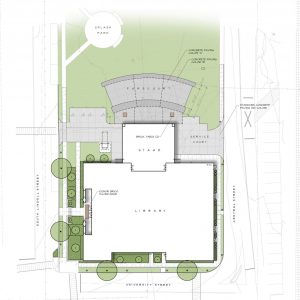 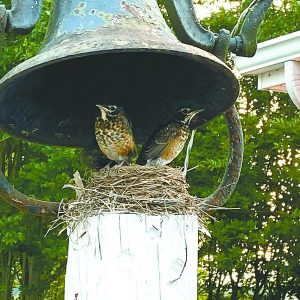 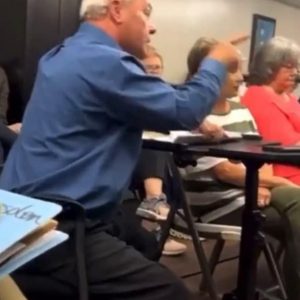