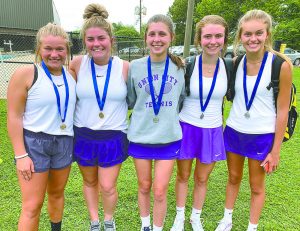 FINALS FOR ALL — All five Union City girls’ tennis players who reached the Region 7 Small Class Individual Tournament reached the championship match, with the doubles team of Annie Wade and Shelby Bondurant winning the region title and advancing to the state tournament next week in Murfreesboro. The five players include (from left) Wade, Bondurant, Gracyn Callicott, Molly Kizer and Mimi Jenkins. Wade and Bondurant defeated Kizer and Jenkins in the championship match, while Callicott reached the girls’ singles title match. Wade and Bondurant will play 9 a.m. May 27 at the Adams Tennis Complex. The full Lady Tornado squad can earn a berth to the state team tournament with a win over Madison Academic on Wednesday, that match set for 4 p.m. at the UC courts. 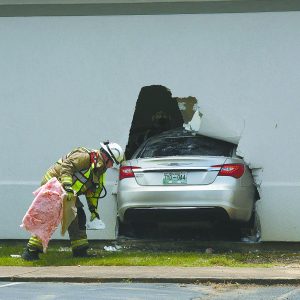 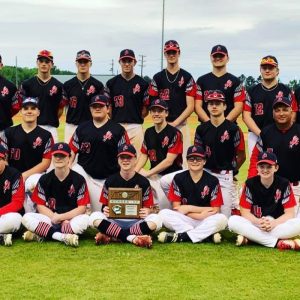 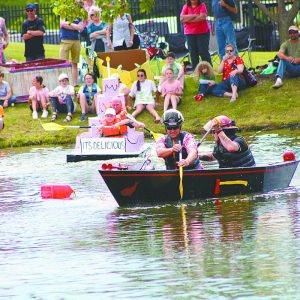 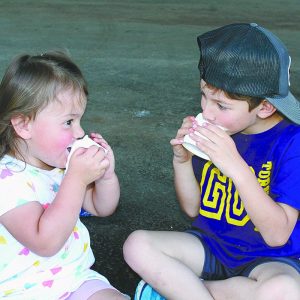 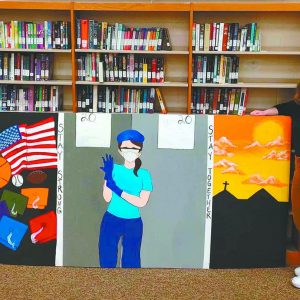