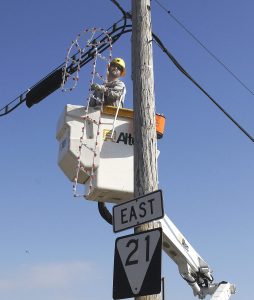 SEASONAL SHINE — Union City Energy Authority lineman Cameron Green worked at mid-morning today as part of a three-man crew hanging Christmas lights along East Main Street at Division Street in Union City. Crews had already hung lights all along Reelfoot Avenue and down First Street in preparation for the holidays. The new lights being debuted this season have been funded by the City of Union City and the UCEA, according to UCEA chief executive officer Jerry Bailey. “I’ve already had compliments about them. They stand out good,” he said. “People need a little cheer right now.” 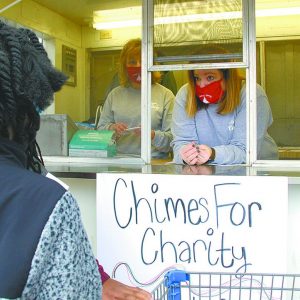 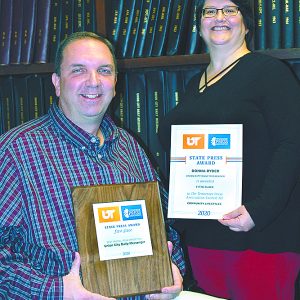 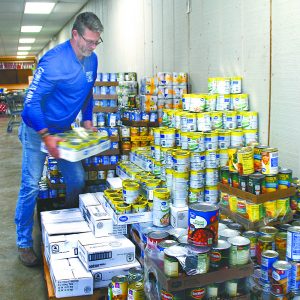 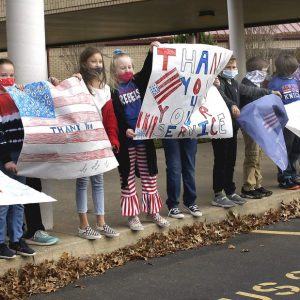