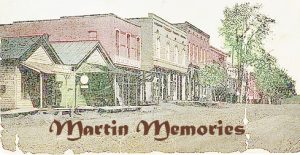 Downtown Martin has been going through a revitalization in the last few years. Just walk or drive slowly through downtown and notice all of the new businesses, attractive storefronts, and projects in the works. It has made me curious about the many changing faces of downtown through the years. I am fascinated when looking through my copy of Virginia Vaughn’s “People & Places of Downtown Martin” by the wealth of detail and history she researched.

The businesses that have occupied the old brick buildings included about any need or occupation one could think of. They were on the upper and lower floors at different times. Restaurants, bakeries, soda fountains, candy and grocery stores, bottling companies, cream stations, produce, fish, and meat markets were just a few in the food line.

There have been furniture and appliance, electronics and radio repair, piano and organ stores. Photographers, picture framers, printers, newspapers, arcades, videos, and card and comic collections are a few others that served Martin.

In the early years downtown businesses sold feed, seed, and hay, harness and wagons, buggies and surreys; you could also rent stable space and buy horses. There was something for every need including dress, fabric, jewelry, shoe and repair shops. Saloons and pool halls were gathering places for young and older men.

After World War II, there was a trade school for veterans in some of the downtown buildings. They were trained in car repair and body work. Service stations and car rental and sales stores were downtown. A cigar factory, overall and glove factory, and a shoe factory were there in earlier times. Will Gibbs and his brother had a bus line and a taxi service downtown. Movie theaters, an opera house, a skating rink, and even a bowling alley were some of the entertainment venues.

I never realized that there had been two mortuaries downtown. Physicians, dentists, and insurance salesmen had offices all through downtown at different times. There was even the “calaboose” or city jail. I can barely remember it as a small child. I think I remember it being behind the stores on the north end of downtown. To me it was a scary building to even look at or walk past.

In later years, Rose Tuck Ennis had a beauty school in one of the buildings. All of the businesses were on the north end and just as many others of the same probably on the south end of downtown.

My uncle Luther Crittendon worked at Beard Chevrolet that occupied the now empty lot in front of General Supply. I suspect he got his mechanical training at the veteran’s trade school. The building was totally gutted years later, but by that time, Eddie Pearce had a business in that location. Fred’s Dollar Store started out in the building just south of the dealership. I remember Wade’s Furniture Store and Vaughn’s Furniture Store. For some reason, I never went into Wade’s store when it was downtown, but always went into Vaughn’s. Wilson Vaughn would usually greet you as you entered his store, and he always wore a suit with a bow tie. I still have the set of glasses he gave my parents as a bonus for one of their furniture purchases. He was in business downtown from 1961-69.  The store was relocated to a nice modern building on the Fulton Highway a couple of miles out of town.

I remember Western Auto Store and its stock of toys and bicycles that usually arrived before Christmas. One of the main stores I remember was the Sears & Roebuck Catalogue Store from 1953-64 on the corner of Lindell and Fredrick streets (which is now cut off by The Lindell ). The little walkway between the buildings is still there. I appreciate that the city hasn’t blocked it. Many times my mother would walk with us to the store to place or pick up orders, mostly for school clothes. The store also carried a few appliances in house.

Hoover and R.C. Nunley had a used furniture and antiques store at the current Opera House location. They started the business in 1985. I always enjoyed going into their store just to visit. R.C. has since passed away, but he left his outstanding walking cane collection to Dr. Tom Gallien. There were other antique stores and still one or two left in downtown.

My favorite dining places downtown in the 60s were Lane’s Restaurant and The Coffee Shop. I remember what a good waitress Mildred Watson was to her customers and the kindness of Mrs. Lane. The Coffee Shop was run by the Bell family. They even tried to make a place for teenagers to hang out in the back of the store with tables and pinball machines, but it didn’t go over too well. I could not find any reference in the history book about them running the Coffee Shop.

When I read the history of downtown Martin, I am amazed at the many past businesses that I had been unaware of or forgotten about just in my lifetime. I encourage everyone to take a stroll through downtown at least once or twice a year, go into the stores and find out what you may be missing out on.

Don’t wait to read about it in a history book. 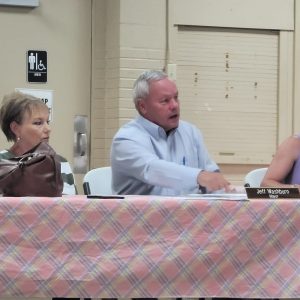 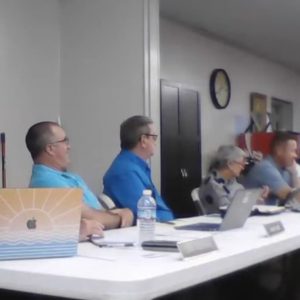 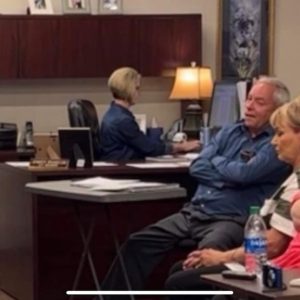