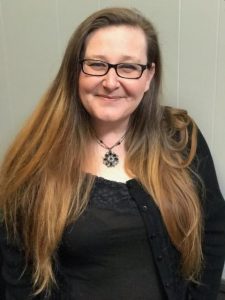 I have always referred to myself as a journalist. I don’t just “write” stories or “cover” events. I dig. I ask questions. I pursue leads, and I follow those leads, even if they lead me down a rabbit hole. Those who truly know me know I don’t mind asking tough questions or reporting the not-so-pleasant news. My writing style is one that covers details, as I believe most details are incredibly important to the formulation of a comprehensive news story.

We are blessed to live in a community that is friendly to families and fairly safe. As our county is incredibly small, it isn’t uncommon to run into acquaintances at the grocery store, or the ball fields in the evening, or even a restaurant. It can seem everyone potentially knows everyone in Weakley County. While the pages of our newspaper abound with local, good news about our thriving community, there are times when things happen that aren’t “good.” Bad people sometimes do things to good people, resulting in the creation of victims, who suffer long after justice may have been served.

Many times in my post at the Weakley County Press, I have had the task of reporting on incidents that are, for lack of better terms, downright ugly. My first responsibility to my job is to our print edition – which is published twice a week. Having started as a reporter for The Press in 2004, social media was slowly starting to make its mark in the world with websites like MySpace. It was a fun, happening place for people to share thoughts, music, pictures and converse. Former classmates reunited and the distance between people was shortened via the Internet.

Fast forward to 2019. Facebook has replaced MySpace and has remained the No. 1 social media site on the web for more than a decade. The use of social media to share information has posed challenges for media outlets. At The Press, we have embraced the use of FB as an outlet to share information. Feel-good stories reach well beyond the invisible borders of Weakley County. Followers span the globe and the subjects of our articles, which are typically posted to our website then shared via FB, can “share” their success stories. It is a great tool for spreading information at the click of a button.

Last week, The Press learned of an arrest made in a child rape case in Sharon. We were two days away from publishing our next edition. As I pieced together what information we had, I began to write the story as I would for our print edition. Faced with getting information out to the community, I opted to include explicit details mimicked from the court document about the case. I quickly learned FB was not the outlet for such graphic details. Since then, I have also learned our FB audience does not align with our print audience in many ways.

Our goal is always accuracy, and because of social media, we very rarely have the opportunity to be “first” in reporting. We do, however, have an ample amount of space to provide not just the facts, but details, which form a well-rounded story. In journalism training and classes, we are taught to cover the who, what, when, where, why and how. Courses also prepare journalists for libel, slander, and general media ethics. But I have never taken a class that prepared me for the lack of rules that apply to people on social “media.” That medium seems to have very few rules that protect the people of the Fourth Estate.

What I learned about FB:

Mixing factual news stories among the vulgarities, light-hearted memes, family photos, misleading headlines, and misinformation is something that always get lost in the ever-growing world of social media.

I agree with some of our FB audience details of such crimes like the one reported last week have no place on social media. It was irresponsible as FB is NOT the medium for such information. I have already made it a point for more responsible use of social media, and I will continue to adhere to the guidelines I was taught in Communications courses at UT Martin as a journalist.

While I appreciate our audience holding me to such a high standard, I hope the community can also do their part in holding him/herself to a standard that isn’t just about what is ethical legally, but what is the right thing to do morally — daily. Until then, FB will remain for me, no place that can be a true medium for journalistic integrity. With that said, we appreciate you picking up a copy of the Weakley County Press every Tuesday and Thursday. The printed edition is our bread and butter. 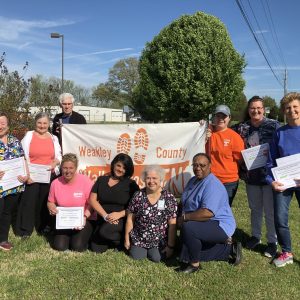