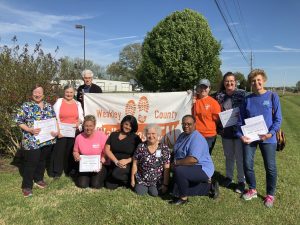 Eight weeks ago, a total of 38 teams committed to a Walk Across Tennessee and this week, the final totals for Weakley County revealed that they had met the challenge – at least 82 times!

Tuesday, the Weakley County Health Department and UT Extension, collaborative partners in promoting the health-focused annual event, recognized participants and announced those who had completed the 500 miles, considered the equivalent of “across Tennessee.”

Denise Bell of the Health Department noted that the number of teams had increased since last year and pointed to additional media coverage as one of the reasons. She said the Weakley County schools organized a significant portion of the teams with 13 that were either teacher-only, student-only or mixed. The University of Tennessee at Martin formed 8 teams.

Other teams that surpassed the 1,000 mile mark were All About the Base(ment); Carden Boys; HOP-pers; Pimp My Stride; Quads of Fury; Sole Sisters; SRG Global 1 and 2; Team K(iwanis); Team K9; The Fab Five; The Fit, the Fat and the Funny; The Young and the Breathless 1; UV1 Baby Got Track; and the Weakley County Farm Bureau Walking Ladies.

Participants ranged from students with special needs to an 87-year-old who managed six miles a week post-surgery. One professor did reviews for tests with his students while walking. An adult brother and sister duo competed for the most miles — she won. And school nurse supervisor Beth Kempton of Westview and Weakley County Schools shared that her dog lost two pounds as a result of her commitment to walking.

The Weakley County Press is your source for #localnews from across the County. Subscribe by calling 731-587-3144 or subscribe online. 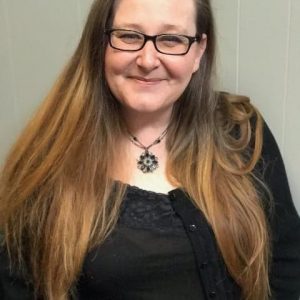