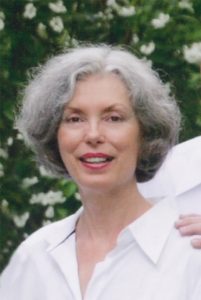 Diana Drewry Bradberry died peacefully at her home on Thursday, Dec. 1, 2022. She was 79 years old. Born in Milan at Clemmer Clinic on Oct. 12, 1943 to Elena “Lena” Drewry Bradberry and James Dallas “J.D.” She leaves behind two children and three grandchildren, Adam “Jay” Bradberry Harrison and his wife, Dawn Marie Harrison, their two daughters, Brooke and Ava, and Michael “Grant” Bradberry Harrison and his wife, Jessica Staples Harrison, and their daughter, Greer. She was predeceased by an infant son, James Bradberry Harrison; a stepson, Thomas “Tommy” Alsobrook Harrison IV; and a nephew, John “Brent” Bradberry, who Diana’s children refer to as her firstborn. Diana is remembered for her unconditional love for her family and was profoundly grateful for having had the opportunity to play such an important role in the lives of her children, grandchildren, and nieces and nephews. Diana was the matriarch of a large extended family, including her two brothers and their children and grandchildren. She is survived by her brothers “John” Drewry Bradberry and James Philip “Phil” Bradberry. She also leaves many other extended family members and friends who were dear to her heart. In her early years, Diana lived in Milan and Nashville, moving to her father’s hometown of Gleason at the age of three. She attended Gleason School for 12 years, graduating in 1961. Following high school, she attended Memphis State University, graduating with a Bachelor’s degree in Speech in 1965. She subsequently attended the University of South Alabama to complete undergraduate work in Speech Pathology prior to returning to the University of Memphis to earn her Master of Science in Speech Pathology in 1973. Over her 52-year work career, Diana wore many hats, including Delta Airlines flight attendant, first-grade teacher, speech pathologist, and program director. While working at Palmersville Elementary, she completed coursework for her elementary teaching certificate at Bethel College. Following completion of her Master’s degree in Speech Pathology in 1973, she served as Speech Pathologist and later as hearing impaired program parent liaison with the Memphis City Schools. In 1987 she moved to Jackson to take a position as regional lead teacher with the Tennessee Infant Parent Services, an early intervention program for deaf children in the West Tennessee area. Following her retirement from the State of Tennessee, she moved to Arlington and worked as a speech pathologist at Arlington Developmental Center and later as consultant with the State of Tennessee Department of Intellectual and Developmental Disabilities. Diana was active in her high school alumni association, working to preserve and promote the history of her hometown and the lives of her ancestors who traveled to the wilderness of the southwest territory in the 1800’s to start a new life. She maintained a profound gratitude to the members of her community who continue to carry with them the ethic of hard work, perseverance, and sacrifice to ensure a better future. She was a member of Mullins United Methodist Church in Memphis and greatly appreciated the expressions of love and many acts of kindness offered by her church family in her later years. And she is profoundly grateful to her cousin, Susan Bradberry, and friends, Sofia Ponce and Jan Capps, who helped care for her in her final days.At her request, her body has been donated to medical science through MERI (Medical Education Research Institute).A private celebration of life will be held in January 2023. The family requests that donations in Diana’s honor be sent to Mullins United Methodist Church, 4 North Mendenhall Road, Memphis, Tennessee or the Gleason School Alumni Association, P.O. Box 6, Gleason, TN 38229.