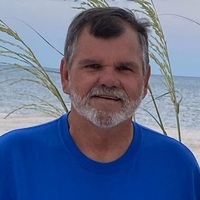 Service for Robert Earl Lyles age 67 of Greenfield, TN, will be held Thursday December 1st at 2 p.m. at Williams Funeral Home in Greenfield. Burial to follow in Morris Cemetery. Visitation will begin Wednesday evening going from 5 p.m. to 7 p.m. at the funeral home. It will resume at 12 noon on Thursday and go until time of his service. He was a faithful member at Meridian Cumberland Presbyterian Church. Mr. Robert was survived by his loving wife Jo Ann Lyles of Greenfield, TN, daughter Stacey Coleman and husband Randy of Greenfield, and son Justin Lyles of Greenfield. He also leaves behind sister Diane Reagan of South Fulton, brother Marty Lyles of McKenzie, along with three grandchildren and two great grandchildren. He was preceded in death by his parents John Frank Lyles and Mary Ellen Sweat Lyles.