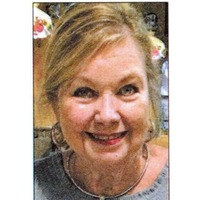 Deanna Adams Chappell, 73, a resident of Troy, passed away Sunday, October 2, 2022, at her residence. There will be a private graveside service. Mrs. Chappell was born in Dresden, TN, May 16, 1949, to the late Gordon Adams and the late Hallie Mae (Kennedy) Adams. She married Sidney Chappell in 1996. He survives. She was a long-time educator in the Obion County School System and was a member of Delta Kappa Gamma. She was a charter member and former president of Obion County Junior Auxiliary and was instrumental in setting up JA Girls Camp. Mrs. Chappell was a parishioner of St. James Episcopal Church in Union City where she served as pianist. In 2014, she was elected as the first female mayor in Troy history. Mrs. Chappell was recently awarded as this year’s Pride of Obion County recipient. In addition to her husband, Mrs. Chappell is survived by two sons, Wes Miller and his wife Emily of Rives and Zach Miller of Omaha, Nebraska; two daughters, Stephanie Wagner and her husband Joe of Obion and Emily Cox and her husband Corey of Troy; five grandchildren, Bryce Leverette, Barret and Macey Cox and Kaleigh and Abby Wagner; one brother, Hal Adams and his wife Sherry of Martin; and several nieces and nephews. Mrs. Chappell was preceded in death by her parents and her brother, Charles Adams. In lieu of flowers the family request memorials be made to the ALS Association, PO Box 37022, Boone, IA, 50037-0022.