Special to the Press

As we come close to the end 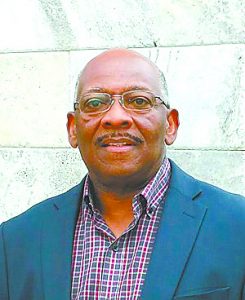 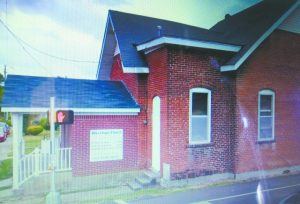 of a pandemic, there are a lot of questions being asked. One that has been asked for several months, by many, is WHY? I am asking what have we learned about ourselves, our families and the world around us? This has been an unusual time for most of us. However, for some, a continuation and intensification of what they have lived with for years – isolation, segregation, social injustice and fear – has prompted me to write down a few things that over the years has caused me to ask, Why?

I grew up in Martin and spent my formative years there, and as with many children, my surroundings formed my initial view of the world. My grandfather, C.W. Thompson, was a carpenter and builder. A few of the buildings and homes that he built are still standing, one of which is near the intersection of Fulton Street and Walters Avenue. He was a third-grade dropout whose parents and grandparents were slaves. I remember one day, 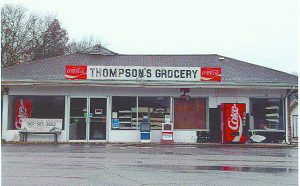 when I was maybe 4 years old, we went to Thompson’s Grocery on Jackson Street across from Harmon Field. When we left the store, I asked jokingly the question, “Are they related to us; and if so, why do we have to pay for groceries?” I was not prepared for, nor fully understood, his answer. A few years later, I understood his answer fully when I saw Roots. On one end of Jackson Street was the grocery and about six blocks farther east is Miles Chapel, my father’s, a predominantly black Methodist Episcopal church. There were several churches in such a small town, and on Sunday most all businesses were closed. Since this was the Bible Belt, I wondered WHY churches, of all places, were still segregated. I got a better understanding years later when I listened to a sermon by Dr. Martin Luther King Jr., when he stated that Christians had to do better because Sunday morning (The Sabbath) was the most segregated day of the week. Why?

Jackson Street intersected with McComb Street. White residents lived west of McComb, and Black residents lived east of McComb. My grandparents lived near the divide, at 500 North McComb, so I saw a lot of things that most did not and wondered, WHY? My parents rented a home a few blocks from there on Mays Alley. It was a gravel alley that I supposed the city could not afford to pave. Our home had two rooms with no bath facilities for years. My mother worked for UTM as a cook for several years, and my father was a painter there. They, along with my grandparents, paid taxes, but it was not until the mid-1960s that Black students could attend UTM. WHY?

Unfortunately, we all know the answer to most of these WHYs, but others are still a mystery. I was told by my grandfather that things which are not reasoned in cannot be reasoned out, but I should judge all men by how they treat me. That is exceedingly difficult when you see how others are treated.

As I have matured, my questions have changed from “Why?” to “What if?” “What if” is positive, hopeful and forward looking. My hope is that the pandemic has taught us much more than how to cure a pandemic. I hope that it has taught us how to end a lot of other ills, physical and metal. The apostle Paul writes in Romans 13:10, “Love worketh no ill to his neighbor, therefore Love is the fulfilling of Law.”  We are also told by our Lord and Savior that he has no respect of person. We are all God’s children, and we are encouraged to love one another. What if we really decide to do so? What if???