Tuesday’s first meeting of the new year for the Weakley County Commission was one of remembrance and tribute to one of their fellow representatives.

VanCleave died Nov. 11, 2019; a day when the nation honors its veterans. The Vietnam War and United States Marine Corps veteran also served as Weakley County Commissioner for District 7. He served two consecutive terms in that post from 1986-1994. He was later re-elected to the commission seat in 2014.

VanCleave’s wife, Beth, along with his daughter, Missy Estes, and brother and sister-in-law were on hand for the commission meeting.

Kustoff presented Beth with a flag the congressman had flown over the capitol building in his friend’s honor upon his passing in November.

The presentation prompted a standing ovation from those on hand for Tuesday’s meeting.

In keeping with honoring VanCleave’s memory, State Representative Andy Holt reiterated the sentiments offered by Kustoff. Holt said he considered VanCleave more of a father figure and respected his opinion. Holt said he looked to VanCleave for guidance not only as a friend, but as mentor. He praised VanCleave’s principles of faith, family and service, adding he was also a long-time advocate of agriculture.

Holt presented Beth with a flag flown over the state capitol building in VanCleave’s honor as well as an official state senate resolution recognizing his service to the county and state.

A vacancy was left on the board of commissioners in District 7 after VanCleave’s death.

Fellow commissioner David Hawks said everyone on the board knew what VanCleave’s service meant to the county.

His wife has spent several evenings in meetings with the commission, giving her late husband rides to and from the meetings.

She has also served as District 7 commissioner. Hawks recommended the commission appoint Beth to fill the vacancy until the August election. She is also listed on the ballot for the seat.

Commissioners unanimously approved Beth’s appointment to fill the seat of her late husband. She was sworn into the position during the meeting.

PATH representatives were on hand to provide an update into courthouse HVAC and plumbing renovations. Members of the company reported renovations are running within budget and on schedule.

The board of commissioners appointed the following people to the Weakley County Public Records Commission:

Commissioners adopted a resolution urging the Tennessee Legislature and Gov. Bill Lee to adopt a state historic tax incentive to assist in rehabilitating and revitalizing historic buildings in Tennessee.

Other resolutions passed by the county commission Tuesday evening include:

• A resolution adopting a mitigation plan for Weakley County and the incorporated cities of Sharon, Dresden, Gleason, Greenfield and Martin.

• A resolution to authorize the use of purchasing credit cards for purchases by Weakley County and to establish written procedures governing the use of such cards.

Bynum explained the cards would be issued to elected department heads and it is at their discretion to allow their employees to use the cards to make purchases for their respective departments.

Weakley County District 4 Commissioner Gary Eddings announced there was a movement under way in the county to draft a resolution to be presented to the board outlining the terms of the county becoming a Second Amendment sanctuary county.

He said he plans to present more information as it becomes available and for the commissioners to expect to see something about a potential resolution during their March meeting.

The commission was asked to keep fellow board member Scott Fortner in their prayers. 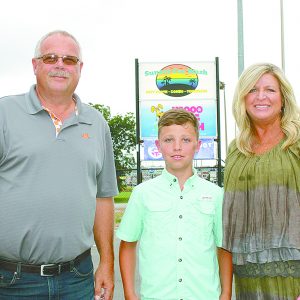 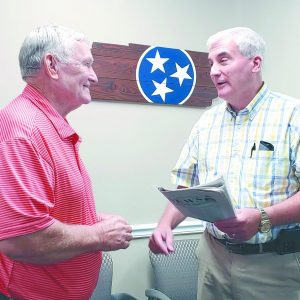