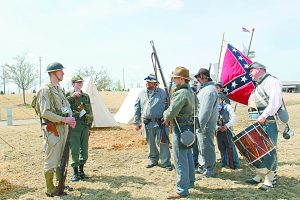 TIME WARP — Chris Slater (left) and Joe Slater (second from left), both of Lebanon, spent a few minutes outside on the Great Lawn at Discovery Park of America Saturday morning with Civil War re-enactors who were there for military weekend events. Chris Slater told the group when he started re-enacting, he was going to portray a Civil War era soldier, but decided against it because of the wool clothing. He instead portrays a soldier from World War II, while Joe Slater dresses as a Vietnam War soldier. Some of the Civil War re-enactors were especially interested in a grenade launcher carried by Joe Slater. The Slaters were set up in the military exhibits hall, while the Civil War soldiers stayed on the Great Lawn. Weather conditions forced Sunday’s outdoor events to be moved inside or canceled. 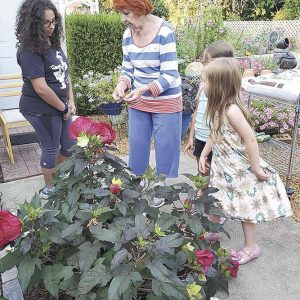 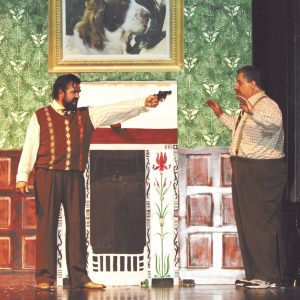