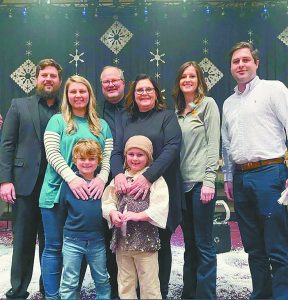 END OF AN ERA — While pastors have come and gone at Union City Second Baptist Church, the role of musical director has remained constant for almost five decades. But after 47 years — which started as a 16-year-old high school student — Barry Keathley has decided it was time to move on. He was joined by his family at a recent service to mark the momentous occasion. The family includes (front row, from left) his grandchildren, Ollie and Nora; (back row) his son and daughter-in-law, Jeremy and Kayla Keathley; Barry and his wife, Janet; daughter, Katie Keathley; and son, Justin Keathley. He officially retired from his position Dec. 26, 2021. 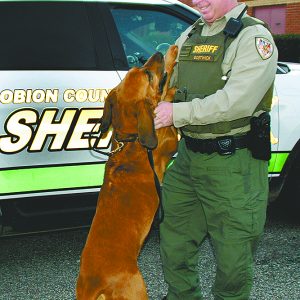 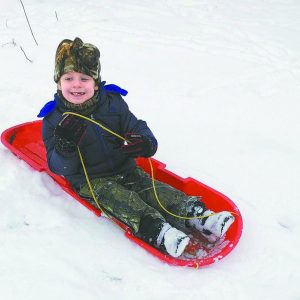 SAVED BY HIS SISTER 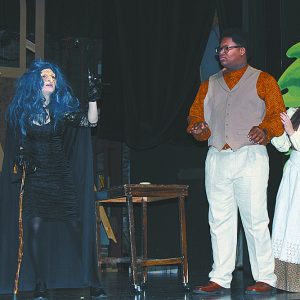 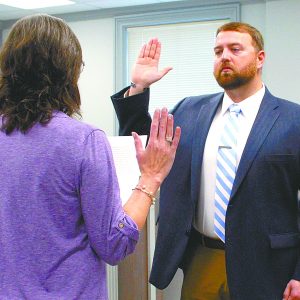